I think it has been 6 years since I posted something…is that possible?

In the “hypothetical weaving” category, I’ve done BOAT loads of weaving in the past 6 years.

In the real world, I’ve woven 1 scarf and stared at the same warp for the past year. BUT this week, things started happening. Something stirred within me – and I sat down to do some “proper weaving” for the first time in a long time….but now, I need to collect the kids and revert back to point 5 again for the next few hours…

First, drink some chocolate milk, but make sure that as much as possible get’s all over your face, your upper lip and chin especially.

Then you rub some snot from your nose all over your face and let it dry in – it should leave a kind of slug-like trail across your cheek, and may even spread up to your eye lid. and eye-lashes.

Finally, you refuse to let your mum blow your nose or wipe your face, consequently you’ll have that perfect mix of slightly dried in chocolate milk and solidified snot that gives you that perfect “my skin is 3 years old” look….

Ahhhh, you’re gorgeous!
(I’ll attach a picture when I can stop laughing enough to upload it from my BB).

Been trying to weave, but we’ve been christmas shopping (ARRRGGGHHH), going to the swimming pool (good fun), going out for chocolate milk (and facial snot mixing).

Eh, no – I didn’t do any “housework” really, but I did make a carrot cake that turned out rather delicious, I finished one warp, finished beading another scarf and started another… this one has to be called “The big blue” there are no other words for it! 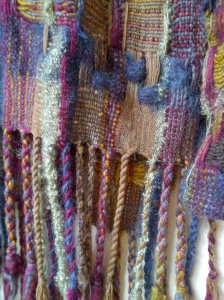 Uploaded to Etsy – This extra long shawl in wool & silk, gorgeous dark teal mohair and coffee brown viscose chenille  . It weighs a ton! Is lovely and drapy (the silks and chenille viscose work on this), and has that lovely springy softness of a slightly 3d weave. Was a total pleasure to design and an utter pain in the arse to weave (Why in the name of God do I keep going back to Irish mohair for a warp?! Matt has promised to remind me the next time I do this…mainly as he had to listen to me grumble every evening!) 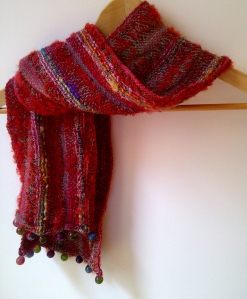 And I finished hemming and beading this one – Which was a funny experience as Hannah kept telling me she wanted to eat the beads “Me want eat them” (you have to think of Cookie Monster when you read that line) despite the fact that I told her REPEATEDLY that they weren’t sweets and you couldn’t eat them! it’s fluffy, colourful and soft – Sari silk, mohair boucle hand-dyed wool in the warp, with single twisted raw silk in the weft.

And finally – the big blue… 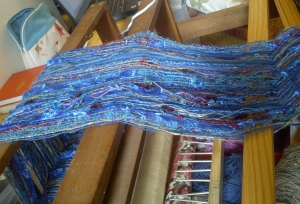 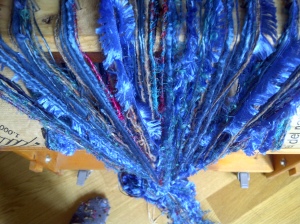 I only started weaving it last night, so no pictures of “progress” but to follow

It’s amazing how people on the metro can not see the large belly of a 24 week pregnant woman (that’s “6 months” to non-pregnant people). Yep – the mind boggles at how these good citizens don’t notice your belly, but can turn around and look at you in annoyance as your handbag brushes up against them as you try to find somewhere to stand…

Conversely, it’s also amazing how much people DO notice your “6 months pregnant belly” when cycling…the looks of horror, shock and general “what the hell is that woman doing cycling!?” is something to see.
For my part, I’m utterly sick of the few times I’ve had to take the metro and standing for almost 40 minutes while people seated, diligently study their iphones (or similiar device) for fear of them actually seeing that someone else might be entitled to the seat!
I’m not sure for how much longer I’ll be able to cycle, but I’m filled with loathing at the thought of getting the metro 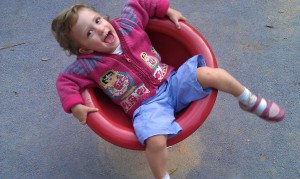 So we’re at the end of my 4 day weekend and although I didn’t get as much weaving done as  I would have liked, I did get some done. I also spent 2 hours a day in the park, about an hour and a half a day walking around the city (listening to all kinds of comments from Hannah), and cooking.

So, the park – we have a park 30 seconds from the apartment which every child under the age of 12 considers “theirs”…and which the teenagers like to claim for the hour or so before it is closed for the night. We can see the entrance from the balcony and Hannah’s first mission every morning is to 1) see if it’s raining and 2) see if the park is open. 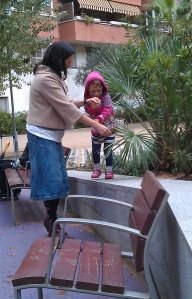 So, once we escaped from the park, we tried to entertain ourselves with cooking. That didn’t always go as I had planned – in fact, never once did it go as I had planned. But never mind. Our most successful efforts were for custard biscuits (a recipe from my mum) that is very simple. Sugar, butter, flour and custard powder. Might sound a bit strange but it makes delicious biscuits and easy enough to involve a 3 year old with. Easy enough, that is, provided they don’t get distracted by a bag of satsumas and give up mixing butter and sugar! 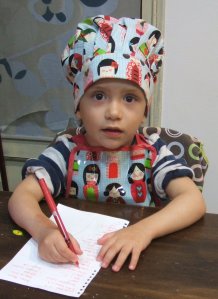 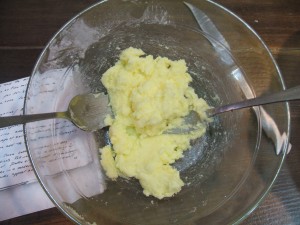 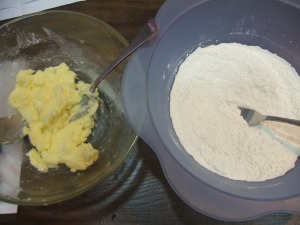 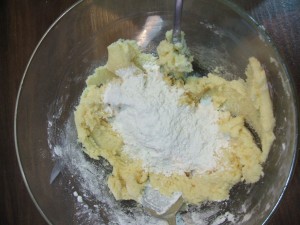 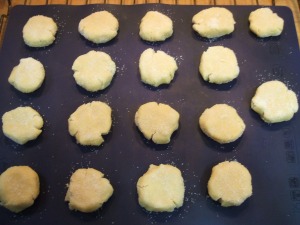 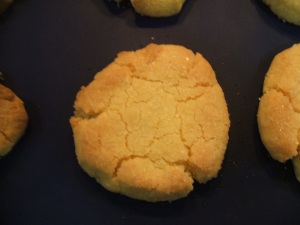 But we had a good time, and she came back on track to sample the finished product (as every good 3 year old would do when there is butter and sugar in the vacinity!)

Now, as for my weaving – that didn’t receive quite so much dedicated attention as the park, walking around the city or making biscuits, but I did get some stuff done.

I have a 4 day weekend coming up and I have great plans to get some weaving done. I’ve just finished making a warp, it’s on the loom and I’ve started threading (pics to follow), but I suspect that the company I’ll be keeping on this long Hallowe’en weekend, will ensure that little or no weaving gets done…It doesn’t matter whether she’s the wellie-wearing fairy princess, or the barefoot pixie – I never win!